Back to news listPreviousNext
Posted on: February 23rd 2017

The term environmental DNA or eDNA refers to traces of DNA left behind within a habitat by living organisms that can sampled and analysed in order to obtain a better picture of biodiversity.  Terrestrial and aquatic organisms are constantly shedding their skins, hair, body fluids and scales; they also constantly die, and this leaves a huge amount of DNA within any environment.  Simply sampling soil, water or sediment reveals the genetic material (DNA sequences) that is left behind, which can be amplified by polymerise chain reaction (PCR) and analysed to determine the species it belongs to.  The identification of species depends on reliable reference to DNA sequences, especially sequences from mitochondrial, chloroplasts and rRNA genes.

One issue that eDNA can monitor is the important impact of non-native or invasive species are having on local habitat or ecosystem.  Eventually the idea is to progress the technology so that metagenomics surveys of complete ecosystems can be analysed, providing information on how changes are occurring over time. The process of eDNA sampling has proved particularly effective in aquatic environments and was used to collect samples for the monitoring of the Great Crested Newt – Triturus cristatus  - in the UK.

The technique has various advantages over traditional sampling techniques in that it is potentially cheaper, more efficient and can more easily identify rare or cryptic species, as opposed to actually finding them. It also has drawbacks, namely, it can produce false positives from sequences of DNA that may have been dragged into an area by other organisms, and it does not allow you to tell how many species are dead or alive, or their development stage and cannot be precise about the numbers of organisms present, unlike more physical forms of sampling. 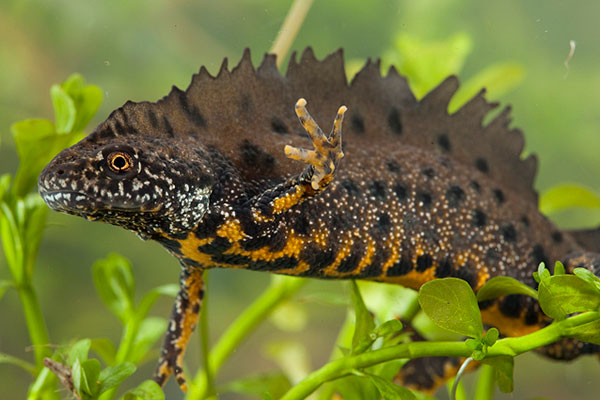 As seen in the Telegraph

View our article in The Telegraph to find out how to improve your grades.
Full details here